Ah, the notion that the Internet isn’t real life. It’s so cute, so innocent, so absurd! What makes us believe this? Is it denial or ignorance? It doesn’t matter.

I didn’t really want to talk about Weinergate. It’s not only gross, but it pains me to think about how someone in public office can be so blind to the scope of social media and the Internet. But, looking at my own social media feeds I realized that former U.S. Representative Weiner is not alone. Many of us are blind. Too many of us, and as we’ve learned, being too, um, forthcoming online can often cost your job if you’re not careful.

Weinergate started when Rep. Weiner decided to use Facebook and Twitter to solicit online relationships with women concealed from the knowledge of his wife. This is a stellar plan to begin with, but to top it all off, Weiner sent explicit texts and pictures to his online ladyfriends using a government-funded cell phone. Doh.

And then the unthinkable happened: he accidentally tweeted. I know, you’re shocked, right? That never happens. Meaning to send a picture of his junk to an online mistress via Direct Message on Twitter, he accidentally tweeted it to his public timeline. Although promptly deleted, it was still something that quite a few people noticed, and of course saved.

What can you learn from his congressional Weinergate?

Lesson #1: The Internet is Forever

To combat a potential online reputation management issue, we all must accept that the Internet is no longer a “second life”. People act like it’s is a shield, making them brazen and unusually open. But in reality, what you do on the Internet is more likely to stick with you in the future for a lot longer than it would in “real life.” Why? Because the Internet is real life…only under a magnifying glass.

Imagine what Anthony Weiner’s Google search results will look like in the next few years. Unless he’s smart enough to hire an online reputation management company, they will still be riddled with articles about this unfortunate incident. Then compare this outcome to that of Bill Clinton’s Lewinsky scandal, which happened before the rise of social media.

It makes me wonder, would Clinton have been acquitted of impeachment if all of his business had been online?

How to Prevent Mistakes

After people noticed they saw something they shouldn’t have on Weiner’s Twitter account, it spread like wildfire. Rep. Weiner tried to deny he had anything to do with the picture at all. He even went on to say that someone hacked into his account and posted a random picture of a penis to simply make fun of his name.

Upon further investigation it was found that the tweet was sent from a TweetDeck account that was consistent to most of the other tweets on Weiner’s account. While this didn’t prove anything, it put increased pressure on Rep. Weiner to come clean. And his story started falling apart…

Computers are far more complex than most people realize, capable of tracing details down to every character you type. It’s no wonder that online reputation consultants are such a needed and growing division of PR. But what traces are you leaving?

Lying to Cover Your A**

As speculation that Rep. Weiner was lying about his illicit behavior increased, women involved in his online rendezvouses started coming out of the woodworks.

Knee deep in lies and with the media hungry for fuel to feed the flame, copies of e-mails and Facebook conversations surfaced (probably for a nice chunk of change) between Rep. Weiner and his many online pursuits.

Take this lesson back to when you were a kid and your mom told you that the truth always comes out. Especially when all of the cheating, lying and coercing is taking place online and your emails are staring you in the face word for word. It’s much harder to have a he said- she said public debate this way.

The People Will Rally

Due to the cover-ups and busted lies, more investigations were prompted about Rep. Weiner’s activities. One such investigation was his potential online solicitation and involvement with a 17-year-old girl. *sigh*

Fellow politicians began rallying for his resignation, and while the President wasn’t one, Obama did offer his opinion that if it were him, he would resign. Game over. Once your colleagues and the general public rally against you it’s a lost cause.

Lesson #4: Some Things You Can’t Combat

Escalations were what really made the situation what it was, a bloodbath. If you remember lesson #3 that truth prevails, the more information that comes to light, more attention will be thrown at the situation you’re trying to bury. It’s best to come clean about something completely on your own terms so that the situation doesn’t get worse.

If it gets so big that the President, mainstream media and Internet rally against you, it’s an issue even professional ORM experts or crisis communication agencies may not want to touch. And then you’re really in trouble. 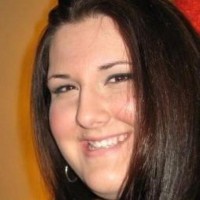 About the Author
Sabre Sarnataro

When Sabre Angelique Sarnataro's not loudly stating her opinion while quoting a movie, she's polishing her halo on Twitter.

on Sep 14 by Lisa Barone

Ready for your head to explode? Vanessa Fox let me know this session will likely make me want to cry…

You’re back! Awesome. So are we. I have a feeling this one may get pretty good. And by “good”, I…

on May 28 by Lisa Barone

I’m sure this will come off as a huge (read: HUGE!) surprise to you, but I’m a pretty big believer…