Hey everyone, Ben Cook (aka Skitzzo) here. I’m not sure if Lisa & Rhea sent the invitation to participate in Expert Week to the wrong person or what, but I’m hoping they publish my post before figuring out their mistake.

Yesterday my man Andrew Norcross broke the news to those of us in the SEO profession that our developers hate us.

Well you know what? The feeling’s mutual.

Ok, ok, SEOs don’t hate ALL developers, just the ones that aren’t as good at their job as Norcross is.

Now, before we go all Sharks & Jets and square off for a rumble or a dance off, let me run down the list of reasons SEOs hate developers (and offer a few ideas on how to make it better). If you still want to knife me after that, well you’ll probably need to get in line.

I can’t tell you how many times I’ve asked a developer to perform a task in a very specific fashion, only to have them do it differently. Why?

Because, as they put it, “it’s the same thing”.

When an SEO asks a developer to create a 301 redirect from one page to another, it’s important that the developer doesn’t do a meta-redirect, a 302 redirect, or any other type of jerry-rigged redirect they can think of. While it might be “the same thing” for users, it most certainly isn’t the same thing for Google or any other search engine.

Tip for being less hated: Communication is key. If you THINK you know of a better/easier way to do something, just ask. Most of us don’t care whether you code something one way or the other unless it matters to the search engines.

This is going to sound incredibly familiar because it basically mirrors Norcross’ first point from yesterday.

When you, as a developer, break stuff it very often impacts my job as an SEO. In fact, if you don’t do your job well, it honestly doesn’t matter what I do.

I could have blackmailed Matt Cutts to get a secret copy of Google’s algorithm, if you can’t keep the site working properly, the site won’t rank.

Last month one of our clients launched a redesign of their site. The next day organic traffic dropped by 15% and it only got worse from there.

After some digging we discovered that a large portion of the site wasn’t actually loading, and when it did, it was throwing a 500 server error. To this day I don’t have any idea what the problem was, why the developers didn’t spot it during development, or why it took so long to fix.

But I do know that it killed search traffic for the better part of a month, and caused me to create little voodoo dolls of the developers responsible.

Every few months we’re subjected to a web developer telling the world that SEO is just good web development.

This idea has been refuted by people much smarter than myself, but it continually pops up in the web dev community.

While good development is most certainly a requirement for SEO to be effective (see my previous point), it absolutely isn’t the ONLY requirement of successful SEO.

“I know seo”-itis is an incredibly infectious and dangerous disease that closely resembles brain rot.

The disease is easily diagnosed when a developer utters some sort of variation of this phrase: “I’m pretty good with SEO myself” or “I know enough about SEO to be dangerous.”

This almost always translates into “I’ve read a few out-dated articles on SEO and I’m going to tell you how to do your job, and question your expertise at every turn.”

As with any rule, there are some very notable exceptions. There are some people that are just so stinking talented that they rock at developing AND at SEO. But it’s one of those things where if you have to ask if you’re on that list, you’re not on that list.

Peacemaking tip: You do your job, and I’ll do mine. We each have our areas of expertise, and if we both do them well, life will be great.

Can’t We All Just Get Along? Give peas a chance!

They say it’s a thin line between love and hate. And never has that saying been more true than between SEOs and developers. For an SEO, finding good developers they can work with is like striking gold.

There’s more than enough work in this space to go around, so I’ll agree not to commit any of the unpardonable sins Norcross listed, if you developers will quit providing me ammunition for posts like this.

Who knows, maybe one day we can all sit around the water cooler talking smack about how much we hate designers! 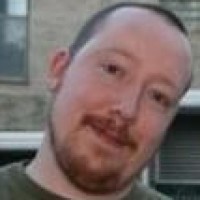 About the Author
Ben Cook

Groucho Marx once said "If you write about yourself the slightest deviation makes you realize instantly that there may be honor among thieves, but you are just a dirty liar." Rather than risk that realization, I'll simply tell you that after leaving my position as SEO Manager for Network Solutions I founded Direct Match Media. When I'm not tilting at windmills, I'm working on an exciting new project called SEO Coaches.

Awesome. Pumped. Love. Dude. Those are my 4 favorite words. They have nothing to do with what you are about…

GOOD MORNING, SMX! And, of course, good morning to our friends playing along at home. I am super amped to…

on Sep 11 by Lisa Barone

Back in May, I wrote a post about creating your social media plan. And to date, I think it still…