Oh, hey! It’s been a while since I’ve stopped by around here. Last time I stepped in to tell you about 10 Terrible Tweet Types. But a lot’s changed since then. I quit my job, I made my Twitter public, and I developed super powers. Well, fine, not super powers. But I did develop an uncanny ability to counsel people who are afraid or wary about social media as a worthwhile pursuit.

Sadly, I can’t touch the lives of every business in the capitalist world. So that means there is a surfeit of businesses–even as you’re reading this!– demonstrating their reluctant acceptance of social media by trolling Craigslist for part-time and unpaid social media interns.

But now, in 2012, that kind of foolishness is inexcusable. Overheard from a meeting I had with a prospect recently: “How do we increase Likes?”. This was in lieu of “Hello, how are you?”  This is like somebody asking me, “Hey, how much do you make?” on a first date before I’ve had a chance to order my coffee: You just don’t do it. It’s gauche. It’s ridiculous. Most importantly, it’s irrelevant. At the end of the day, that may not be the most accurate measure of your brand’s success online. Just like how my salary isn’t the most accurate measure of our compatibility on a date.

This mindset is indicative of a larger problem: Businesses aren’t doing their homework. They’re cavalierly pursuing social media, expecting it to be an automatic money-maker out of the gate, and delegating the task of brand building to social media neophytes (otherwise referred to as “interns”) still trying to figure out what “SMH” means. You have skeptical business owners thinking Facebook is the be-all/end-all of social and thus trying to attach dollar values to Likes–and so they’re offloading this project to people who can afford to get paid nothing or next-to-nothing.

A Devaluation Of Soft Currency

Once upon a time in America, before the recession scorched our economy and we all became a race of cheapskates, people understood the value of positions that didn’t have a hard ROI, but soft currency.

Soft currency is the bane of every sales director: It’s all the stuff that you’re getting that helps bring in the revenue. Examples of soft currency might be Likes, retweets, follows, earned media mentions, and anything else that bolsters your brand without directly bolstering your bottom-line.

Appointing interns to rustle up soft currency means you’re asking people with negligible amounts of B2B experience to liaise with publicists, editors, clients, and industry leaders. You have to look at the source of soft currency: Relationships. The online world is frequently just a microcosm of what’s happening offline. Being best pals with someone outside of social media will go a long way towards drumming up soft currency.

It’s not that being bullish on ROI is misguided, it’s that you have to curb your expectations. At its heart, social media management more closely resembles interactive market research than an inside sales job. You’re engaging with every avenue of your industry to get the closest reading about what’s happening in the world; it honestly is somebody else’s job to monetize that information.

Soft currency is what’s going to encourage your leads to crowd around your funnel above all others. At that point, persuading them to jump right on in becomes the responsibility of your sales team.

A Devaluation of Corporate Brand

Your customers have changed. They’ve grown to become very intuitive and sophisticated. No longer do they want generic advertisements imposed upon them during ad breaks of their favorite TV show; they’d prefer you integrate that branding into the show itself (Anyone else catch Subway’s amazing product placement on a recent episode of Community?)

It involves cultivating relationships with editors and bloggers so your sell shines apart from the zillions of other pitches filling up their inboxes; it involves brushing up on the latest technologies, because what passes for viral on Tumblr won’t work on Reddit necessarily.

It involves turning brand presences on third party websites into remote brand outposts; it involves staging offline events and wrangling a liquor sponsor so both customers and members of the press have a reason to interact with your brand.

Do you need to take a deep breath after reading all that? Imagine reciting it to a fresh-faced college kid who loses you at “split-testing.” Imagine the havoc that intern is going to unleash on your brand when they try to implement the above with zero experience. Auto giant Chrysler might have the resources to bounce back from a humiliating publicity gaffe, but do you?

Most businesses don’t and frankly, you can’t afford to be this stupid. Look, the argument that “That’s what everybody else is doing,” doesn’t fly either. This is the internet. No two entities should be mimicking one another on the internet, because then they cancel each other out.

Sure, right now there are thousands of job posters on Craigslist who are eagerly soliciting applications for unpaid social media positions. And as a business owner, you have a decision:

You can sit together in the dining car with all those other dunderheads on that train to Blundering.

You can allocate an actual budget for someone to manage these initiatives for you.

Simply put, If you want to fry up bigger fish, you need to buy the Crisco. Yes, it’s as simple as that. Stop trusting interns to build your brand presence. Instead, hire someone who knows what the hell they’re doing.

Managing a corporate brand is so multifaceted that you can’t farm it out to an intern or a part-time lackey who works off-site. This is someone who needs to be liaising with every department of the office so they know how to piece together a composite of the company’s brand. Because your social media manager is in charge of your brand’s public face, you need someone who’s talking with IT, sales, the directors, and anyone else whose contributions to the business could help set the company’s brand apart from its competitors. Relegate that kind of responsibility to an experience-lacking kid who’s looking for a chance to catch up on his homework and you’ll end up with a Belvedere-sized fiasco on your hands.

Your social media managers need to have some kind of B2B fluency too–otherwise how are they going to embark on cross-marketing initiatives or content swapping partnerships? Social media isn’t just about tweeting at Justin Bieber in between trips to Starbucks to get iced cappuccinos; you actually have to do things to get your company’s brand further out in the world.

You Only Get What You Give

Businesses who truly care about ROI will entrust the digital face of their business to someone who will be meticulous and exacting by giving them a monetary stake in that product. We’re not talking commissions or stipends. Make this the focal point of their time and you’ll end up with social media managers who care enough to check in and follow up on campaigns after-hours, during the weekend, and during holidays.

More importantly, you’ll end up with social media managers who have an incentive to research and leverage new technologies and go the extra mile. They have a financial stake in how well your company does.

The least you can do is assign a person to that beat who attempts to make sense of such an unwieldy, immortal beast. And if you actually want to learn about this, schedule orientations and meetings so your entire team can learn about what exactly this person is doing with their time.

As with many things in life, you get out into social media exactly what you are putting in. 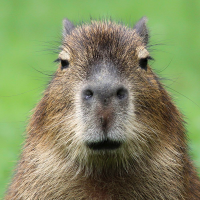 About the Author
Rohin Guha

Rohin Guha lives in Brooklyn, New York. When he's not busy trying to help businesses deepen their digital footprint, he writes, listens to pop music, and tries to find the one place in New York City that nobody else has discovered yet.

Local + Social: The Future of Promotion

We’re back! And it’s time to talk about some local and social goodness.  Don’t tell anyone but these are often…

on Sep 10 by Lisa Barone

My morning alarm goes off at 7am. To be honest, it’s less an alarm to wake me and more to…

on Nov 1 by Michelle Lowery