The problem with being a consultant is that people are always asking you questions.

Not just clients either; once you add the word “consultant” to your shingle, everyone from your mom to your UPS driver will start hurling questions at you like you were the Cootie Kid in a grade school dodgeball game. Doesn’t matter what your specialty is. If you call yourself a consultant, people are going to assume you have the answer they’re looking for. Sure, it’s exhausting, but I should you should have thought of that before signing on for the gig.

It used to be that I’d get questions about computers, networking, UNIX, customer service, marketing – any of the things for which I have been recognized for my opinions, or even expertise. Nowadays, the conversations tend to go more like this:

Person A: “Hey, what do you think about this bundle offer I got from my cable company? I can get cable tv, internet and VOIP phone service for an incredibly low price!” *

Netmeg: “Well… that *sounds* like a deal, but… weren’t you just telling me that your cable TV goes out several times a month?”

Netmeg: “And weren’t you just running off to Panera the other day because your internet had gone down for the second time this week?”

Netmeg: “Wouldn’t it be something if it turned out the reason the phone service is so cheap is so you can’t call and complain when the TV and internet go down?”

I call this type of consulting “Hope For The Best; Expect The Worst.” While it’s always good to keep a positive attitude, you have to know that from time to time the universe will conspire to hand you your ass at the worst possible time. It’s inevitable. And it’s your responsibility to be ready with your roll of duct tape when it does.

Unfortunately, most people don’t identify their single points of failure until after they’ve failed, when of course, it’s too late. Ok, it happens. The important thing is to learn from it.

If your job and your life would be utterly screwed without a working computer at all times, then you better make sure you have a spare available to you in case smoke and fire and jello start pouring out of it, or your laptop gets stolen. If the future and well being of your employees and/or clients reside in the contents of that computer, you better have lots of external hard drives lying around to back things up to. If your business requires reliable phone service, then don’t tie it to an unreliable carrier to save a few pennies.

Nothing made me madder this past week than seeing articles in the tech press recommending small businesses consider using Google Voice (along with the other free Google tools) because “the price is right”. THERE’S NO SUPPORT. Got that? NONE. You can’t even send Google an email these days unless it’s on a very narrowly pre-approved issue. To my mind, it’s just flat out irresponsible to recommend this product to companies for something as vital as their *phone service*, and leave them unaware of how Google operates. And I sure as heck wouldn’t advocate staking your business on it.

I came to this philosophy late in life. From the very first time I accidentally poured a glass of iced tea into an uncovered IBM PC AT, nobody on the planet has fried more computer equipment in more weird and wonderful ways than I have. My wall at the office looks like the side of a WWII fighter plane; my partners have taped little pictures of keyboards to the wall to note my many “kills.” And it only took ten years until finally, after the cable modem went down six times in two weeks, I realized that for about $15/month I could get a low speed DSL line installed to tide me over when Comcast failed. My phones are separate from my internet, and I can get my hands on a gas powered generator in 35 minutes if I have to. But this is all the product of many many many fails, where I thought surely I would never pull myself back up.

Find your single points of failure. Prioritize them in the order of how close to suicide they’d bring you. And then back them the hell UP. Obviously you can’t buy duplicates of *everything* – but you can always devise a plan.

I’m going to leave you with a catchy little song by the great philosopher Mel Brooks. I have borrowed his title for this post; I hope he doesn’t mind. His take in the song is actually the opposite of what I’m using it for so there’s no real reason for me to include it except that I’ve always loved it, and love the movie it came from. And if you think for ONE MINUTE that this entire post was written as an excuse so that I could drop that link – 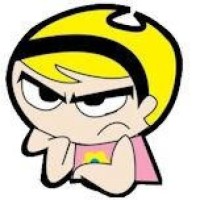 About the Author
netmeg

Meg Geddes (netmeg) has been watching idiots online since 1985. She is also president of a design/marketing/consulting company, her own publishing company, and while never admitting in public to being an expert is anything, is widely considered the world's top authority on Fireworks Displays in Michigan. She also spends a lot of time ranting on WebmasterWorld.com and Twitter. Follow her there - if you dare.

Gah! Running to sessions! And to power outlets! So much running. But we’re here now and it’s time to talk…

What Google Can Teach You about Market Domination

on Aug 9 by Lisa Barone

My mother was introduced to the Internet via AOL. She would log on and from there she could search the…

on Oct 18 by Pearl Higgins

Well this is it everyone. We hope that if you were here, you enjoyed PubCon as much as we did,…