Whether you’re an SEO, a journalist, or someone who fancies themselves both (holla!), I’d encourage you to read Nikki Usher’s recent post about the impact SEO is having on journalists. In her piece, Nikki tries to get an “in the trenches” look of how journalists really feel about SEO and their views about how it’s affecting their work.

The short of it? They don’t like it. In fact, you may even call them openly resentful. Because they are.

The reporters interviewed by Nikki (note: none of them were named in fear they’d lose their jobs) expressed complaints about having to use “SEO-powered words” [you know, like “keywords”] in headlines and leads, being forced to write “pithy blogs” for traffic, and omg-resentment at how much power “SEO people” have in the newsroom. They feel as though the over-focus on SEO is forcing them to write more-robotic sounding pieces and they’re being exhausted with the constant need to produce content, to produce traffic and to promote pieces using social media.

Not to be snarky but, hi, welcome to my job. And I don’t even get to call myself a journalist.

I received my degree in Print & Multimedia Journalism in what seems like another lifetime ago. Before I found the SEO industry, I worked for newspapers and online news outlets like Boston’s local ABC-affiliate. So, while I was never a reporter for the Washington Post, I do have some understanding of the demands that are placed on journalists. That said, their complaints sound like something you’d hear from a child who doesn’t want to go grow up.

They sound a heck of a lot like whining.

The Web and SEO have changed journalism. It’s made it increasingly important that your content is findable by the people who want to find it. You can drag your feet and try to ignore that OR you can embrace it. Because being a journalist who is fluent in SEO is only going to make you better. It’s only going to bring you more traffic, more attention, and further connect you with the people you’re writing about. As a journalist, isn’t that what you’re after anyway?

Instead of bellyaching about how much it sucks to grow up, here’s what journalists should be doing.

Learn how to write an SEO-friendly headline: One of the biggest complaints from journalists seems to be that SEO is killing their headlines. Instead of being poetic in titles, journalists now have to use “SEO-powered words”. While I love a good pun as much as anyone, the “SEO-powered words” get your content found. Not using them loses you traffic.

When U.S. Airways Flight 1549 crashed into the Hudson River, The New York Times was the first outlet to break the story. For some reason, they didn’t use the term “plane crash” in the title and created something clever instead. The result was that no one saw their story. All of their readers and their potential readers were searching for “plane crash”. They missed out the thousands (millions?) of people who were frantically searching for information about what had happened. You can’t do that. And yet it happens with papers every day.

Write your content, then SEO it: I get it. I live and die by my words, too. But you die faster when your words aren’t SEO’d because people can’t find them. Your news article is only art <em>to you</em>. You will not kill it or your integrity by spending a few extra minutes to put keywords in your URL; to write a compelling, keyword-rich Meta description; to using Title tags and headers; to use a keyword research tool to see what terms users are actively searching for, etc. It doesn’t mean you have sold out to the SEO gods. It means you care enough about your content to help it be found. It doesn’t matter how great your story is if you lock it in the basement.

Create permanent URLs: You have things you cover regularly – local elections, local holiday events, the summer travel guide, etc. These should live on one URL so that they’re given the opportunity to accrue link juice and actually rank. For example, maybe you publish your 2010 Summer Travel Guide at [domain.com/summer-travel-guide] and let it stand there for awhile in all its glory. When that guide is out of fashion and it’s time to publish a new one, give the new 2011 version the established URL and archive the old one at [domain.com/summer-travel-guide-2010]. This gives your most current version the strongest URL, with the most juice and helps people find it year after year. If you know you’re going to talk about the music event that happens in town each year, why keep starting over with your SEO efforts? Set yourself up for future wins.

Learn how to push your content via social media: Newspapers have always had to push their content for traffic. Before it was strong-arming partnership deals or making sure that your paper was available in popular markets. Well, now your market is the Internet and your audience is the different demographics of people who live there. Tweet your content, Facebook it, YouTube it, Stumble it, Mixx it, Digg it and do your best to push it out and get it to the people who want to read about it. Learn how to use these channels and how to build networks on them. If your company doesn’t have an infrastructure that makes it easy for readers to share and pass your content, fight for them to create one. Be your company’s evangelist.

Monitor happenings with Google Alerts/Twitter Search: Whether you’re a local beat reporter or just tasked to stay on top of a certain issue, setting up Google Alerts or saved searches can ensure you’re notified anytime someone is talking about these topics. You’ll be alerted to new developments, to events, to rallies, to potential new sources, to informational posts, etc. Back in January, A George Washington and Cison survey reported that 65 percent of journalists were already using social media and 52 percent were already using microblogging sites like Twitter. If you’re not using them, you should be. It’s a powerful way to find your own sources and keep an ear to what’s happening as it goes down.

Find your local community online: Many towns are becoming increasingly connected. There are forums where residents get together to share resources or gripes, the Web site that was put together about the construction happening on Main St., or the social community residents use to talk about local news. These places actually exist. Seek them out and become part of that world. Get involved in these conversations and build up your reputation as someone who listens and reports on the stuff that matters. When you do, you’ll not only already have your sources in place, but you’ll also be increasing your promotional army when you report on something found in their community.

There are so many opportunities for newspapers in SEO and social media that it’s downright frustrating to see them ignoring them and whining that SEO is ruining their creativity. SEO isn’t ruining your ability to be a good journalists, it’s giving you the tools you need to become a better journalist. Nikki ends her article asking whether SEO is really friend or foe for journalists and, in the end, decides that it doesn’t really matter. The best thing, she says, for journalists to do is to figure out how to use SEO more effectively to make journalism better. And that’s the core. Journalists and newspapers can continue to complain that the Web and SEOs are ruining things…or they can evolve and learn how to use these tools to improve what they were doing. You decide how your time is better spent. 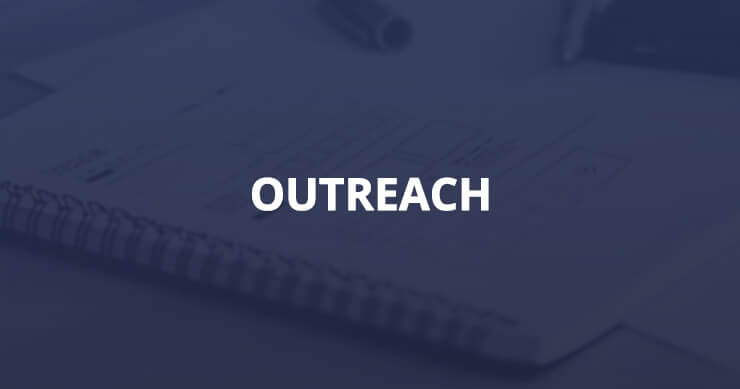 Use the Inverted Pyramid for Outreach

on Sep 7 by Rhea Drysdale

Take a page from journalism 101– increase link building and outreach response rates by using the inverted pyramid. When I…

Stay with me, people!  Let’s just hop right into this one.  Up on stage are Todd Friesen, Kristjan Mar Hauksson,…

40 Reasons I’m Not a Professional Runner

on Jan 18 by Lisa Barone

Something you don’t know about me: In a previous life I was a pretty serious runner. Competing and training consumed…