I’m pretty stoked to write this post. If you follow myself, Lisa or Rhea on Twitter (or the official Outspoken account) then you probably know that Outspoken Media turned one a few weeks back (I’d totally link to one of the tweets where we discussed it if the Twitter search function didn’t suck). But that was the “internal” birthday of when we formed the company. Our “external” birthday, which we all consider to be the day we launched the blog, is today. And it’s been one hell of a year for us that included a lot of good times.

Starting a company is never an “easy” task, but starting a company during a recession, with three very different personalities at the helm – two of which have zero experience with entrepreneurship – was dubbed a bit insane by quite a few people [waves to Lisa’s parents]. But we’ve learned a lot in the last year, we’re even stronger now than we were a year ago – as individuals, as partners and as a company – and we’ve been successful to the delight and dismay (depending on who you ask) of many people.

Over the last year, we’ve had a lot of questions about the inner workings of the company and I decided to take our one year mark as an opportunity to let you in on a bit of what we’ve done, how we work, how we’ve grown (as individuals and as a company) and where we’re going.

We get asked about our start up quite a bit, so I figured I’d let you guys in on the fact that Outspoken was never “funded” in the beginning. I put up the cash (which amounted to a few thousand dollars) to get the initial design, logo, business formation and the required “necessary launch tasks” done and was immediately paid back when our first client checks came in. Rhea and Lisa jumped from their jobs, with nothing acting as a safety net other than their personal savings on faith that they’d earn an income they could survive on with Outspoken.

Our initial positions and responsibilities within the company were based on a group consensus. Contrary to popular belief, Lisa and Rhea do not “work for me”. We are a team. We have been from day one and always will be. But someone has to “drive the bus” and based on my prior successful experience with being both an entrepreneur and a CEO, it was decided that the “driver” would be me.

As the CEO of Outspoken Media, I have a responsibility to develop company strategy, company goals, develop business and oversee that we’re headed in the right direction. Yes, I may make some of the tough (and sometimes some of the “final”) decisions, but that is based on the faith my partners have put in my abilities in the area of “running a company”. I also have the most experience in Internet marketing and have a strong background in “technical SEO” and advanced link development techniques, so I also ensure that all client strategies are as strong as they can possibly be, both before and during execution.

As the COO of Outspoken Media, Rhea is responsible for making sure the day to day workings of the company on a granular level are organized, executed properly and actually “getting done”. Rhea is responsible for business development, develops all the proposals for potential clients, is heavily involved in developing all client strategies (especially those involving ORM) and is responsible for the management of our various contractors/employees. Rhea is who our clients deal with on a day-to-day basis most.

As the CBO of Outspoken Media, Lisa acts as our own in-house PR firm, our internal expert on content development and branding strategies for both clients and ourselves, and is responsible for business development. Oh, and make no mistake about it… Lisa rules the Outspoken blog with an absolute and iron fist. When it comes to the blog – which amounts to our company brand – both Rhea and I answer to Lisa.

When we started the company, Rhea and Lisa were both “warned” by folks that my “mouth” would “cost them business”. And I can’t and won’t deny that it likely has. My reputation for being blunt, honest and no-holds barred has long been apparent through my personal brand and was something we all knew I wouldn’t (and couldn’t even if I wanted to – which I don’t) change.

But, while I know I have cost us business because I’ve refused to “go corporate”, I also know that I have earned us business for the very same reason. People know what they see is what they get. People know that I am where I am in this industry because I know what I’m doing and not because I am good at being who people want me to be. The people we want to work with are looking for a company with the skills to “get er done” and not the skills to kiss their ass.

We’re a bit unique in the fact that all three founders of Outspoken Media are female. And when we hired Dawn the questions, “warnings” and wisecracks about us being an “all female company” got even louder. We’re not looking to be an all female company. Dawn was hired (in actuality, recruited) because she has a technical background, a firm understanding of technical SEO and fit in with our company culture (a.k.a. she can put up with us).

“Be careful. You don’t want to be the ‘all women’ company.”

We have no fears of being seen as “weaker” because we’re currently “only women”, we have no purposeful intent to keep the company “only women” and we make no apologies for the fact that the company is currently female dominated. We’re not going to hire a male simply to “balance out the scales” or outside perceptions. It would be insulting to all parties involved. We hire based on talent, not gender.

Our growth as a company

The company experienced a lot of growth over the year in both branding and revenue. In less than one year in business, we’ve managed to get mentions in some of the world’s largest news outlets including CNN, the Wall Street Journal, USAToday and more. We’ve managed to develop over twenty thousand links (many of which are deemed to be pretty damn authoritative) to a blog that didn’t exist until a year ago today. And we’ve just gotten started.

More important than the success we’ve had developing a strong company brand, we’ve also had success in developing happy clients. I’m not going to get into specifics of who our clients are or what our company revenue was. Partially because we respect the privacy of our clients and partially because it’s none of your damn business.

But what I can tell you is that Outspoken Media doesn’t require contracts. We’ve always operated on the belief that if a client isn’t happy, we want them to be able to go where they will be happy at any time. We don’t want to work with clients who don’t want to work with us. That said, we have yet to lose a client because they weren’t happy with our work. For us, that speaks volumes louder than any client brag list or revenue chart ever could.

Our growth as individuals

I won’t lie to you. There have been some rocky moments in our growth as individuals and as partners. Lisa and I have been good friends for a long time and it was tricky developing the line between speaking as friends and speaking as partners. Rhea tends to be, as she puts it, the “soft spoken member of Outspoken” and at times that could lead to her being overrun by personalities as strong as mine and Lisa’s. Lisa and Rhea are neighbors in addition to being business partners and needed to learn that sometimes, too much together time is a bad thing.

But, what we all learned early on is that being partners in a company is much like being in a marriage. And in this marriage, divorce was never an option. We all learned to speak our minds openly and honestly with each other, compromise and put in the effort it required to make it work. We learned to work together as a group, while maintaining our individuality.

In the last year, I’ve watched both Lisa and Rhea grow as entrepreneurs.

If you had told me a year ago that Lisa would be doing radio interviews I would have likely laughed at you. She is used to wielding her keyboard and it’s been exciting to see her start to wield her voice. She’s realized she needed to start taking every opportunity she could to promote her company, even if it puts her outside of her comfort zone. I’ve watched Lisa put in long hours, late nights and many weekends that I’m sure she used to spend in much more exciting ways. Lisa has never uttered the phrase “that’s not my job.” When there is a hole, she fills it if there is any possible way for her to do so. She uses phrases like “company growth plan” now. Awesome.

It’s also been exciting to see Rhea grow in her confidence and start to stand her ground when tough situations arise. She has always questioned why we’ve made every decision we have as a company – not because she doubts it – but because she has been eager to learn the reasoning behind why we made it so she can get better at making those decisions herself. I’ve watched her grow as a manager of both employees and clients. She’s learned why not every client is a “good client” for us and for the last several months has been “bang on” in weeding those out herself before we ever sit down to discuss what new client proposals need to be done and if they are a fit for us.

As for myself, I’ve learned to work in a group setting over the last year when I’m used to being the only voice in charge. I’ve also learned that it’s hard as hell to run two companies and have been learning to work through the chaos my life can sometimes become as a result. [Lisa says to note that I’ve “also learned to play better with others and not always be a bitch, which is very new to [me].” Bite me Barone.]

I’m actually pretty damn excited about the second year with Outspoken. You can expect more press mentions, more controversy and more killer content from us in the coming year. We have revenue goals and company growth goals you can expect to see us working our assess off to achieve. And we’ll be working harder to spread our wings and extend our reach further and further outside the typical core “SEO realm.” 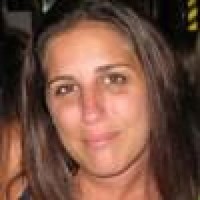 About the Author
Rae Hoffman-Dolan

Rae Hoffman-Dolan aka "Sugarrae" is an affiliate marketing veteran and an (extremely) occasional SEO Consultant. In addition to being the SVP of Marketing for Speedy Incorporation, she is also the owner of website publisher MFE Interactive. You can connect with Rae via Twitter or meet her in person at her upcoming SEO Training Course (seating is limited).

on Aug 23 by Lisa Barone

“Who is your competition?” It’s one of the first questions we ask prospective clients. It sounds easy enough to answer,…

You’ve heard it a thousand times—social media is about engagement and building relationships. But that doesn’t mean you can’t use…

Preparing Employees For the Front Lines… of your brand

on May 11 by Lisa Barone

Once again, Amber Naslund is right on the money. Amber’s right when she says it doesn’t matter how great your…