People naturally tend to surround themselves with others of like interests, backgrounds and ideology. We build our networks online and in real life by seeking out similar and complementary people. These networks inform our perspective and influence our decisions, but a relatively homogeneous network often results in an echo chamber. My own Twitter stream, for example, includes mostly search/online marketers and technologists/developers, so I tend to see the same ideas, discussions and opinions, with much agreement and overall little dissent. If I accepted the majority opinion of my network, I would believe the iPad is useless and doomed to failure (3 million sold in 80 days) and that Facebook lost millions of subscribers because of their ever shifting privacy policies. (See the non mass exodus of less than 40,000 users as the other 399 million+ collectively rolled their eyes and updated their walls.) A too tightly associated network can distort your perspective of what is actually happening out there with the average business or consumer. And these are the people that really matter.

Network Tunnel Vision – The Rush to Rule the Social Web

MySpace was arguably the first social platform to quickly gain critical mass, growing from its launch in 2004 to 125 million current users. Every major media corporation was in a bidding war to acquire what was believed to be a valuable platform with even more valuable eyeballs. So fierce was the desire by big media to own MySpace that in 2005 when News Corp walked away with the $580 million dollar acquisition, Tom Freston, CEO of Viacom at the time, lost his job for not securing it. At the same time, there was another site gaining traction on the social scene – Facebook. MySpace traffic leveled off in mid-2008 and has been declining ever since, while Facebook’s has steadily risen, and their user base is reportedly currently 400 million.

Certainly not the first time traditional media sought quick and easy entry into the next big thing through a poor acquisition choice (see also Time Warner/AOL), but it demonstrates a lack of vision, caused by focusing on the same property as everyone else – whether or not that property has a clear and sustainable monetization strategy. This isn’t Highlander folks, there will always be more than one solution, tactic or opportunity. Seeking out alternatives or innovations with potentially better long term returns requires stepping outside of entrenched thinking, ignoring the echo chamber, and realizing that somewhere out there, is a group of folks working on a stronger, better, faster implementation of the current shiny object distracting everyone else.

What opportunities are you missing – right now – for your own or your clients’ businesses because you’re shooting from the same angle as everyone else?

Most companies can do a few things really, really well while very few can be all things to all people, but that’s never prevented those scrappy mathletes at Google from trying. After buying Android and partnering with multiple carriers and manufacturers to produce Android based phones, Google decided to throw its hat in the ring, and create its own – the Nexus One. Google and all of its products and services operate online in the cloud so when it came time to market their phone, they played to their strengths, and advertised exclusively online. They also made the device available for purchase only online, and did not bother to staff up live customer support.

How does such a successful company execute such an extremely unsuccessful product launch? Tunnel vision – Google’s own perspective of an all online world prevented them from understanding how consumer products actually work, and how users interact with them throughout the buying cycle. When people decide to buy a device they will carry at all times and use probably more than any other they own, they want to be able to see it, touch it, and hold it. By not making the devices available in stores for consumers to preview, Google missed significant sales opportunities.

The virtual absence of a traditional media campaign also demonstrates Google’s tunnel vision with respect to online advertising, and ignores the critical role offline advertising plays in branding, as well as converting. The Motorola Droid by comparison, launched with a comprehensive traditional media campaign including television, billboards, radio and print as well as online advertising. First month sales figures of the two devices? Nexus One sold an estimated 80,000 units and the Droid sold 575,000 units. The Droid continues to outsell the Nexus One, even though the Google phone has been considered to be the better of the two devices.

Are you/your clients creating and selling to yourselves or are you actively engaged with and do you understand the mindset and needs of your customers?

How can you prevent tunnel vision, in your own business, and when consulting with others? 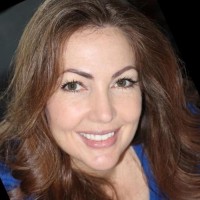 About the Author
Michelle Robbins

Michelle has been developing, deploying and marketing web sites for a variety of business sectors since 1996. Before crossing over to technology, Michelle spent 4 years on the management team in marketing and promotion at the Walt Disney Company’s record label. Likes coffee, cookies, and a good debate.

Lose The Emotion, Lose Your Brand

on Jun 1 by Lisa Barone

Over the weekend, Tim Bray asked what I thought to be an important question regarding brands and the way consumers…

11 Ways I Increased Work Productivity in 2010

on Jun 15 by Lisa Barone

I set a lot of goals for myself coming into 2010. One big one was that I wanted to stretch…

on Dec 23 by Lisa Barone

The Troy Outspoken Media office was bustling here on Monday. It was a late night for Rhea, Sabre and myself…